The Bible Museum has a new exhibit for the 500th anniversary of the Protestant Reformation - celebrated on the 31st October 2017.

It features a large model of Martin Luther and several original pages from Martin Luther's early Bibles, including a 1523 Old Testament and 1529 New Testament. There are some facsimile replicas of complete Bibles which Luther translated into German from Hebrew and Greek texts.

Martin Luther is wearing a Scholar's cap, monk's robes and has replica handmade Tudor latchet shoes. He is holding a replica Bible in German.

Luther's work was the groundbreaking momentum for the Bible to be published in common languages, such as English, not just Latin.

Find out more about the impact of his important work, at the Bible Museum in St Arnaud, Victoria. This exhibit runs until 30th November 2017. 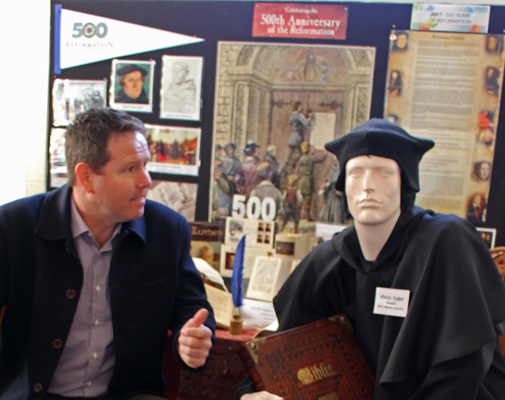 Below: Wally Tudor, Catholic Priest from Apollo Bay, remonstrating with Luther (in jest...)! 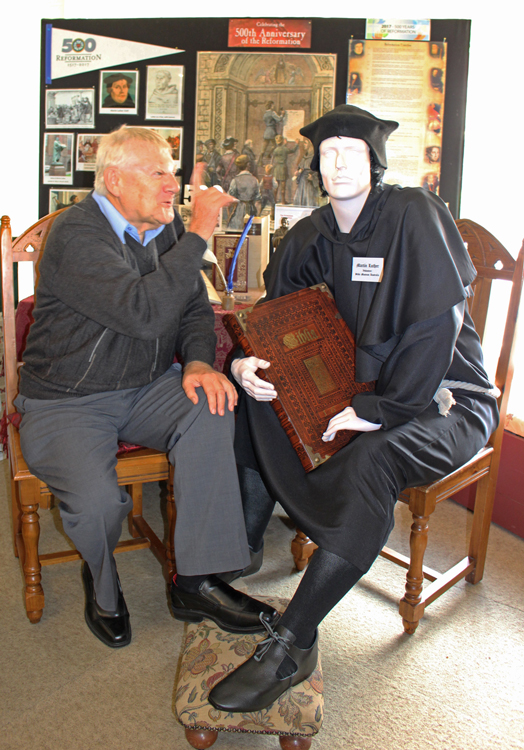