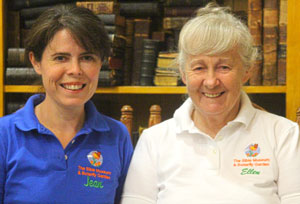 The Bible Museum is a non-profit charity, ABN 12 873 139 250, staffed primarily by Ellen and Jean Reid (volunteers). The museum is based around Ellen's extensive Bible collection of over 1500 Bibles and other Biblical artefacts.

Ellen and her daughter, Jean, are partners in the museum. Ellen has been collecting and studying Bibles and artefacts for 30 years, and Jean is the web designer, museum curator, property renovator, and 'apprentice' Bible collector.

The Bible Museum not only includes over 1500 Bibles but also many objects related to the Bible, such as musical instruments, incense, coins and stamps, archaeological artefacts and models, including a large scale 'Ark of the Covenant'! Our aim is to bring the Bible to life.

Jim and Ellen Reid began seriously collecting Bibles in 1981. They had met, and then married in 1968 through their mutual love of God and the Bible, which love continued until Jim sadly died in 2005. Ellen has continued with collecting Bibles, and decided to share her extensive range (at last count more than 1500) with the general public, along with her knowledge of Biblical history. 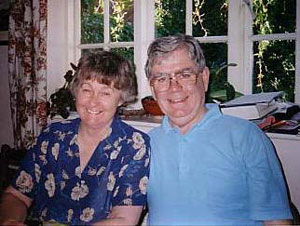 Ellen and Jean bought a large commercial property in St Arnaud, country Victoria, 250 km northwest of Melbourne. The site was part of the ‘diggings’ when the gold rushes were on in St Arnaud in the mid 1800s. A miner’s cottage was erected there in the 1870s, and then several shops in 1900. The buildings have Heritage listing, but were in a sad state of repair. Ellen and Jean have spent the best part of 2 years renovating the shops and the museum complex opened to the public in 2009.

The museum is a recent development, which has grown out of a long term interest in Bibles. They began collecting Bibles in England, and have travelled around Europe, Israel and the USA, visiting famous Bible collections in museums and libraries, while adding to the collection. They previously mounted displays in public libraries in eastern Melbourne suburbs, at the Ballarat Heritage Weekend, and various fairs.

Ellen Reid is a retired Pharmacist. Her late husband, Jim, was a school teacher, and they jointly collected Bibles and books. Jean Reid worked for several years as a Food Technologist in W.A., England and Victoria. She has also worked in IT (computers) in London and Victoria, and managed our former bookshop in south east London.

Breeding butterflies was another long term hobby for Ellen and Jean, and originally began back in the 1970's, in Perth.  They breed a few different species of butterflies, mainly those suited to a temperate climate and release them back into the garden.